Book A Consultation
PCAP Touch screensAli Dadgar2022-02-01T09:59:32+04:00
What is PCAP touch panel?
PCAP touch screen software is typically used in smart phones and tablets, but can also be used for much larger screens. It works through the use of a conductive grid that recognizes changes in its electromagnetic field by the touch of your finger. …
They detect only fingers or styluses

A Projected Capacitive Touch (PCT; also PCAP) technology consists of an insulator such as glass, which is coated with a transparent conductor, like ITO (indium tin oxide). The user’s finger conducts electricity, so touching the surface of the screen results in a distortion of the screen’s electrostatic field; that distortion is measurable as a change in capacitance.

In other words, a capacitance-based sensor is a circuit designed to sense touch by coupling with the electrical fields; touch causes the capacitance of the circuit to change.

Different technologies may be used to determine the location of the touch; the location is then sent to the controller for processing. The way Apple describes it, the process is fairly straightforward: 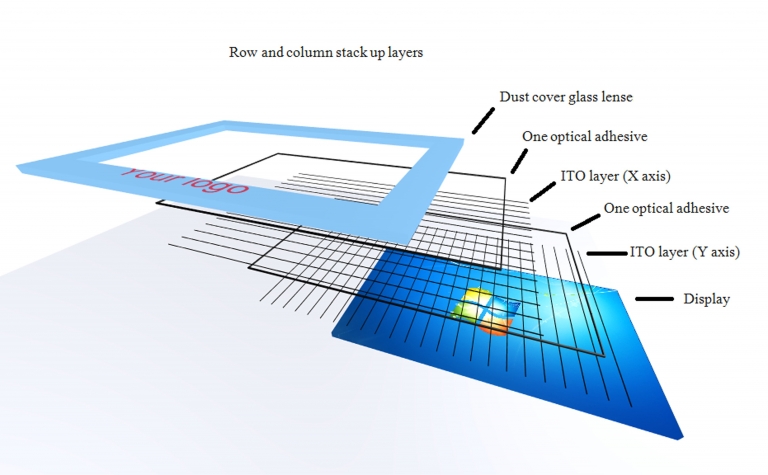 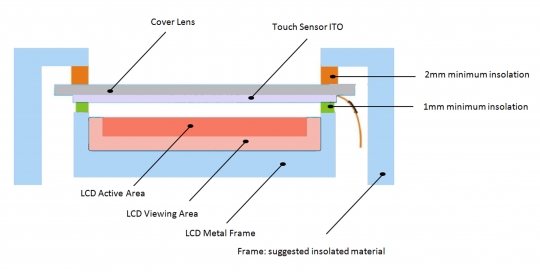 A capacitive touchscreen sensor consists of a large array of indium tin oxide (ITO) conductors on one or more layers of glass or polyethylene terephthalate (PET) plastic.

The good optical clarity and low resistivity of ITO make it the overwhelming choice for this very sensitive circuit.

On top of the display screen, but before the touch sensor is added, is placed an insulating material to avoid interference from capacitive noise to optimise the touchscreen performance. Particularly if a metal bezel is used, an additional insulator is needed for the same reason.

Sign up to our monthly display solutions newsletter for useful articles, tips and tricks for boosting your advertising success: